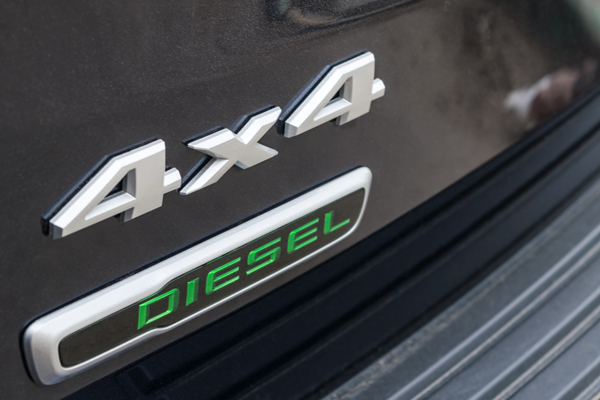 Is it still worth buying a used diesel car? It’s a question we get asked a lot at Denbury Diesels. Diesel cars have had a lot of bad press recently, with concerns about old diesel engines damaging the environment and their impact on air quality being heavily reported in the media. However, for people in the market for a second-hand car, used diesel cars remain a smart choice. Here’s why…

Used diesels will save you money in the long run

The choice between petrol and diesel is very dependant on the type of driving a car owner expects to do and the age of the vehicle. Whilst hybrid and petrol vehicles may be better suited to short range city driving, but for commuters who travel longer distances (more than 12,000 miles each year) or those needing a large car like an SUV or people carrier, a diesel car will often be a better option. Diesel cars are generally more fuel efficient, using on average 20% less fuel and therefore produce 20% less CO2 emissions. Furthermore, used diesel cars still benefit from the lower Vehicle Excise Duty rates, with some diesel cars free to tax for the year! From 1st April 2017, CO2 emissions only affect the ‘first year rate’ of VED, with a flat rate payable of £140 per year thereafter. Cars with a list price over £40,000 are also liable for an extra charge of £310 a year in the first 5 ‘standard rate’ years (years two to six).

The EU has been tightening regulations relating to diesel cars since 1993. Cars and vans produced since January 2011 meet the Euro 5 standard. This means the exhaust system catches 99% of particulates. Cars produced from September 2015 onwards meet the Euro 6 standard and produce only a maximum of 80mg/km of nitrogen oxide (the Euro 6 standard for petrol engines is 60mg/km). Cars classed as Euro 5 are exempt from the newly introduced T-charge in London, and Euro 6 vehicles will be exempt from the ultra-low emissions zone (ULEZ) charges when they are introduced in London and potentially further afield in a bid to improve the UK’s air quality.

Used diesel cars are cheaper than their petrol equivalents

The demand for brand new diesel cars has dropped by 21% in the last year as a result of concerns about the scaling back of future production. This drop in demand for new cars, fears about emissions charges related to owning a very old ‘dirty’ diesel vehicle have made all second-hand diesel cars much cheaper to buy than their petrol equivalents, despite diesel cars built in recent years proving almost as environmentally friendly as a petrol equivalent. Among the best Euro 5 and Euro 6 compliant diesel cars available at very attractive prices now are the Mercedes Benz A class, the BMW 3 Series and the Audi A3.

The increased availability of great value diesel cars currently allows consumers to save money when compared to buying a petrol car. As used diesel cars are now significantly cheaper, buying a diesel gives the consumer the opportunity buy a newer model or something a little more exciting than if they had opted for a petrol model. Some diesel models are now up to 26% cheaper than the petrol version, despite costing more when new. This drop in price also allows environmental aware consumers to invest in one of the best diesel cars available, rated to Euro 5 or 6 standard, at a knockdown price. As a result, consumers are starting to see the advantages of buying used diesel cars, rather than their more expensive petrol equivalents.

Covid 19 Update 26th March 2020 It is with a heavy heart that we have decided to shut down Denbury Diesels until the Corona Virus emergency is over. We have tried to maintain a level of service but with the extension of Mots for 6 months we feel that we can no longer put our staff and customers at risk. If you are a front line essential worker we may still be able to keep you on the road so you can get to your work. Please ring 01803 813744 option 2 if you need assistance (key workers only). We will not be equipped to undertake large repairs but we will be able to check your car is safe to drive and complete small repairs (tyres, brakes and exhausts). Our showroom is shut but our website is taking enquiries and nearly all vehicles have many images and walk around videos for you to view, you can reserve vehicles on the website and if you are genuinely interested in a vehicle we can do a personalized walk around video as if you were viewing the vehicle yourself. We are still working on a way to deliver vehicles safely if you wish to purchase but currently we are only taking deposits. This may be updated if we feel we have a process which is safe for our customers and staff alike. We thank you for your understanding in these unprecedented times and hope you all stay safe and well. Yours sincerely Tracy Perryman Managing Director And of course all the team at Denbury Diesels
Covid-19 Notice