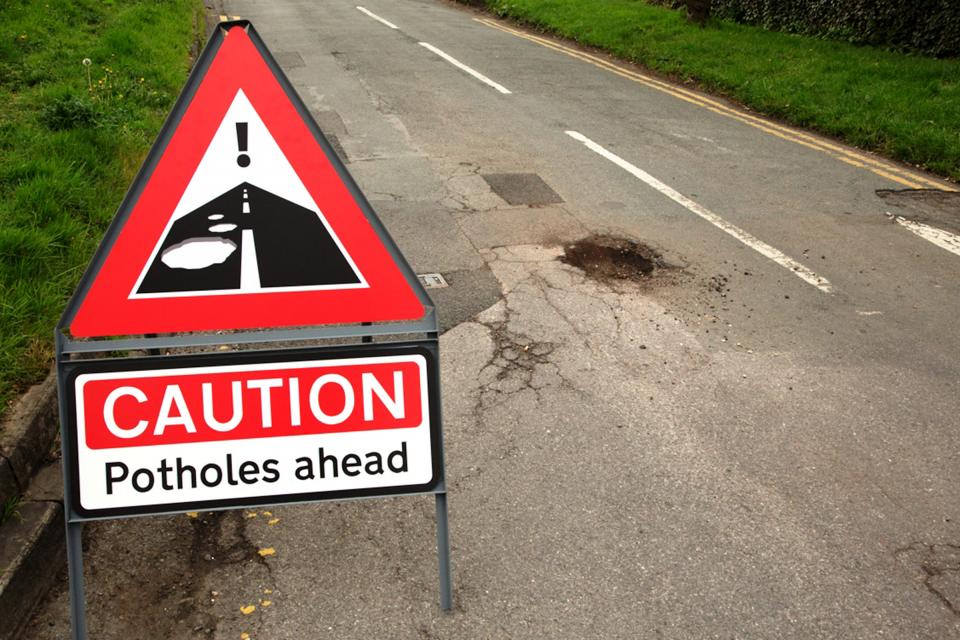 Britain’s ravaged roads have caused the number of cars breaking down after a pothole impact to double over the last six months.

• Pothole claims: How to claim for pothole damage to your car

The figures, obtained by the RAC after analysing its callouts, found 5,540 drivers broke down in the first quarter of 2018 after their cars sustained damage likely to be attributed to pothole strikes, up from 2,841 in the final quarter of 2017. Broken alloy wheels, damaged shock absorbers and snapped suspension springs were among the faults that prompted callouts.

The first three months of 2018 saw the third-highest proportion of pothole-related breakdowns on record, with the RAC attributing the increase to recent cold weather conditions in February and March. David Bizley, the organisation’s chief engineer, said: “Anecdotally, few would disagree that the harsh cold weather experienced over the last three months has led to a further deterioration of road surfaces.

Bizley explained that while pothole breakdowns in the first-quarter were “not as high as we had been expecting”, the organisation predicts as the cold weather hit late in the first quarter of the year, the RAC is “likely to see more vehicles suffering pothole damage in the second quarter of 2018 compared with recent years.”

A recent report from the Asphalt Industry Alliance previously found the UK’s local road network faces a £556 million annual funding shortfall, with one councillor saying they were facing a “tidal wave” of destruction – though the Government recently announced a £100 million boost for the pothole action fund.

• Nearly one in five local roads face closure due to potholes

That extra money will come too late for some, though: local councils have paid out £43 million in the last five years in compensation following pothole strikes. Auto Express previously reported councils are struggling to attract companies to bid for local road projects, something that’s potentially linked to the fact the UK’s strategic road network of motorways and major trunk roads get 52 times more funding per mile than local roads.

Commenting on road-funding trends, Bizley said: “We know that many local authorities will be even more stretched in the new financial year and therefore having to deal with the effects of very poor weather in February and March will be a very unwelcome hit on their maintenance budgets for the next 12 months.”

Covid 19 Update 26th March 2020 It is with a heavy heart that we have decided to shut down Denbury Diesels until the Corona Virus emergency is over. We have tried to maintain a level of service but with the extension of Mots for 6 months we feel that we can no longer put our staff and customers at risk. If you are a front line essential worker we may still be able to keep you on the road so you can get to your work. Please ring 01803 813744 option 2 if you need assistance (key workers only). We will not be equipped to undertake large repairs but we will be able to check your car is safe to drive and complete small repairs (tyres, brakes and exhausts). Our showroom is shut but our website is taking enquiries and nearly all vehicles have many images and walk around videos for you to view, you can reserve vehicles on the website and if you are genuinely interested in a vehicle we can do a personalized walk around video as if you were viewing the vehicle yourself. We are still working on a way to deliver vehicles safely if you wish to purchase but currently we are only taking deposits. This may be updated if we feel we have a process which is safe for our customers and staff alike. We thank you for your understanding in these unprecedented times and hope you all stay safe and well. Yours sincerely Tracy Perryman Managing Director And of course all the team at Denbury Diesels
Covid-19 Notice