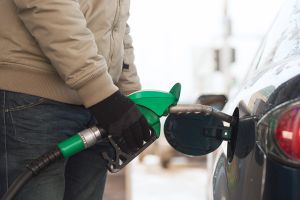 It may seem like a silly mistake, but over 100,000 drivers in the UK put the wrong fuel into their cars, vans, and 4x4s every year. Filling a diesel vehicle with petrol is more common, since diesel nozzles are too large to fit into most petrol tanks, but either mixup is possible with enough determination.

Diesel is a heavier liquid than petrol, and much more “oily”. Diesel requires pressure to be ignited and does not evaporate like petrol does. When you try to fire up the engine, the spark plugs won’t be able to ignite the diesel and the engine won’t start. Putting petrol in a diesel engine is much more complicated (and easier as mentioned above). Modern diesel engines operate at very high pressures with diesel acting as a lubricant for the engine and the injection system. However, when petrol is mixed with diesel, it acts as a thinner, causing the diesel to lose its lubrication properties and the friction will cause wear to the engine and fuel pump.

If You Are Still At The Pump

If you are still at the filling station when you realise your mistake, you can rectify the problem with minimal damage to your vehicle. It’s very important at this stage that you don’t start your car’s engine. Simply put your car in neutral and push your vehicle out of the filling station so that it’s out of the way, and inform the station attendant or call your breakdown cover organisation if you have coverage. To fix the issue, all fuel will need to be drained from your vehicle. If you have roadside assistance, this can often be done right at the station or roadside. If you don’t have roadside coverage, your car will need to be taken to a garage – but do not attempt to fire the engine up. Once all fuel has been drained, the tank will need to be filled with the appropriate fuel and primed to remove any air leaks from the fuel system. To be extra safe there is no remaining wrong fuel in the system, change the fuel filter.

If You Have Started To Drive

If you began to drive and your car only to find it suddenly came to a halt, it’s a much bigger problem. Once you have turned your vehicle on, the incorrect fuel will make its way to your engine and cause major damage. Petrol is much more volatile than diesel, plus diesel relies on high pressure to combust. With the high pressure and air, if petrol enters a diesel engine, the petrol will prematurely combust and force pistons out of their order. At this point your only real solution is to call your breakdown company. They will have to tow cars, vans or 4x4s in this situation to a garage to inspect the damage. The bill to repair such damage can often be in the four-figure range. On older vehicles you may want to check with your insurance company, as it may be easier to simply write the vehicle off rather than undertake costly repairs.

How To Avoid Putting The Wrong Fuel In Your Car

Of course, the obvious solution to avoiding such issues is to be attentive when filling your vehicle. If you are letting a friend or family member borrow your vehicle, make sure to tell them what type of fuel your vehicle uses. You can make it extra clear by placing a sticker on your fuel cap labelled with the appropriate fuel type, which will act as a reminder to anyone when they go to fill up the tank. If your vehicle is not already fitted with one, it’s also possible to purchase fuel neck caps for diesel vehicles that will prevent putting petrol into a diesel tank by not allowing the nozzle to fit.

After the Government announcement on Monday 4th January  regarding a new lockdown from Wednesday 6th January, I wanted to outline how we will be here to help keep you moving while working within the guidance laid out by Government.

From the 6th January, our service departments will operate as normal as they have been for many months in a safe manner.

Sales showroom and outside display areas will not be open to the public from 6th January until the further notice. However, our teams will be in the dealership to continue car sales remotely and we will be able to send you videos, talk to you via video call and meet your needs almost as well as if you were with us. Customers can still collect a car or van which has been purchased either online or via the telephone directly from our dealership, though the handover will be outside so bring a coat. All vehicle handovers will take place from a designated exterior handover area and full social distancing practices will be in place to ensure both colleague and customer safety. Home delivery options are also available, and all handled in a Covid safe manner.

Our colleagues remain on hand to assist with your sales and after sales enquiries via telephone, email or live chat and our websites are fully functional with the ability to buy or reserve a car online as well as booking a service or MOT.

We thank you for your understanding in these unprecedented times and hope you all stay safe and well.

And of course all the team at Denbury Diesels